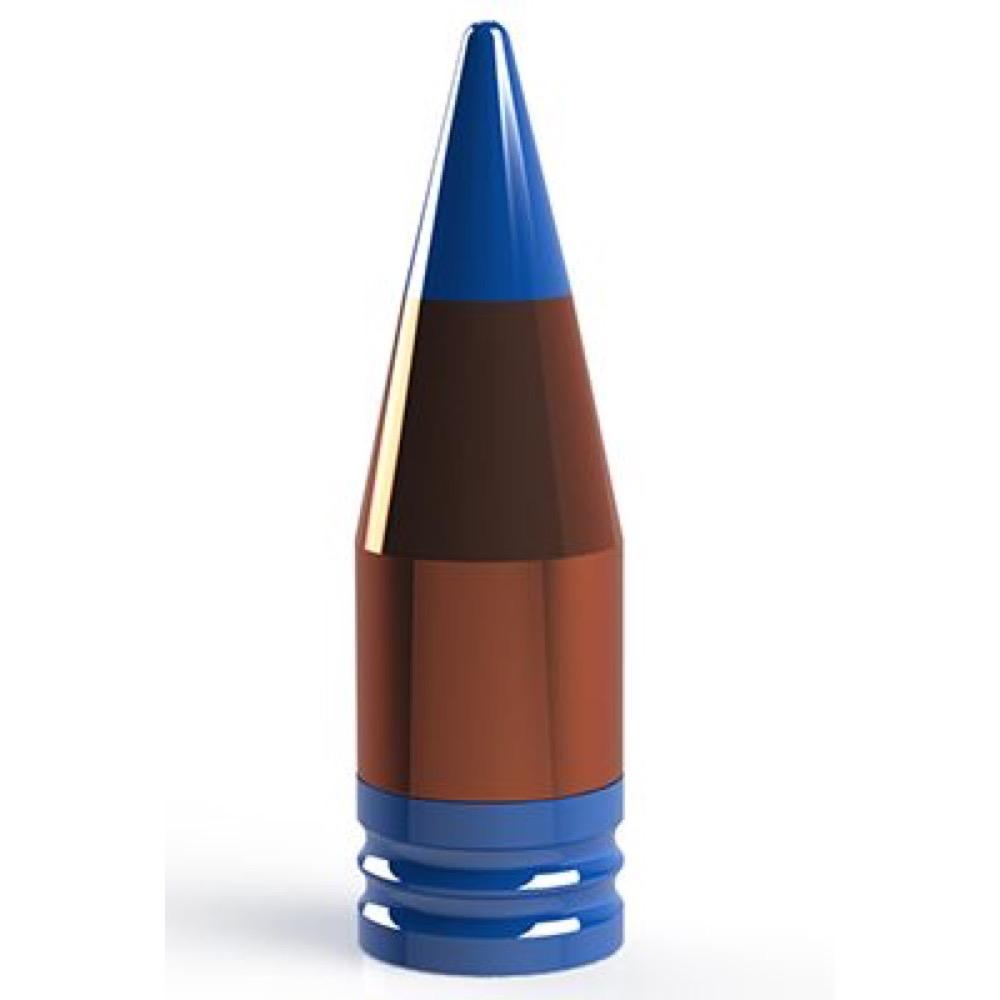 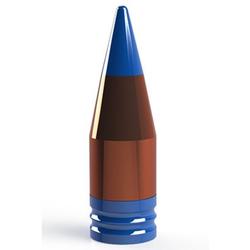 PowerBelt ELR Bullets were specially designed for CVA’s PARAMOUNT rifle, but can provide superior long-range performance in any .45 caliber muzzleloader with a twist rate of 1:24 or faster. In testing with the PARAMOUNT, using the recommended “super-magnum” charge of 140 grains by-volume of Blackhorn propellant, ELR bullets achieved muzzle velocities in excess of 2200 fps.

Critical to the ELR’s velocity potential is that it is .45 caliber, rather than .50 caliber. Because of the smaller bore diameter, the ELR bullets can be longer than a  same-weight .50 caliber bullet would be. That length, when combined with the bullet’s aggressively tapered shape, delivers a ballistic coefficient of .452, which is superior to that of any .50 caliber muzzle loading projectile.

Internally, the ELR is similar in concept to the PowerBelt AeroLite bullet, incorporating a large hollow point cavity which eliminates weight from the core, allowing that weight to be used to lengthen the bullet. This hollow core is filled by the tail of the super-hard polycarbonate ballistic tip, which offsets the tendency of the bullet to expand too rapidly.

Optimal performance of the ELR will be achieved using “magnum” or “super-magnum” propellant charges. Rifles like the CVA PARAMOUNT are designed to handle such “super-magnum” charges (meaning: charges that produce higher pressures than traditional magnum loads). With rifles not designed for such high pressure loads, the

maximum propellant charge recommended by the rifle manufacturer should not be exceeded.