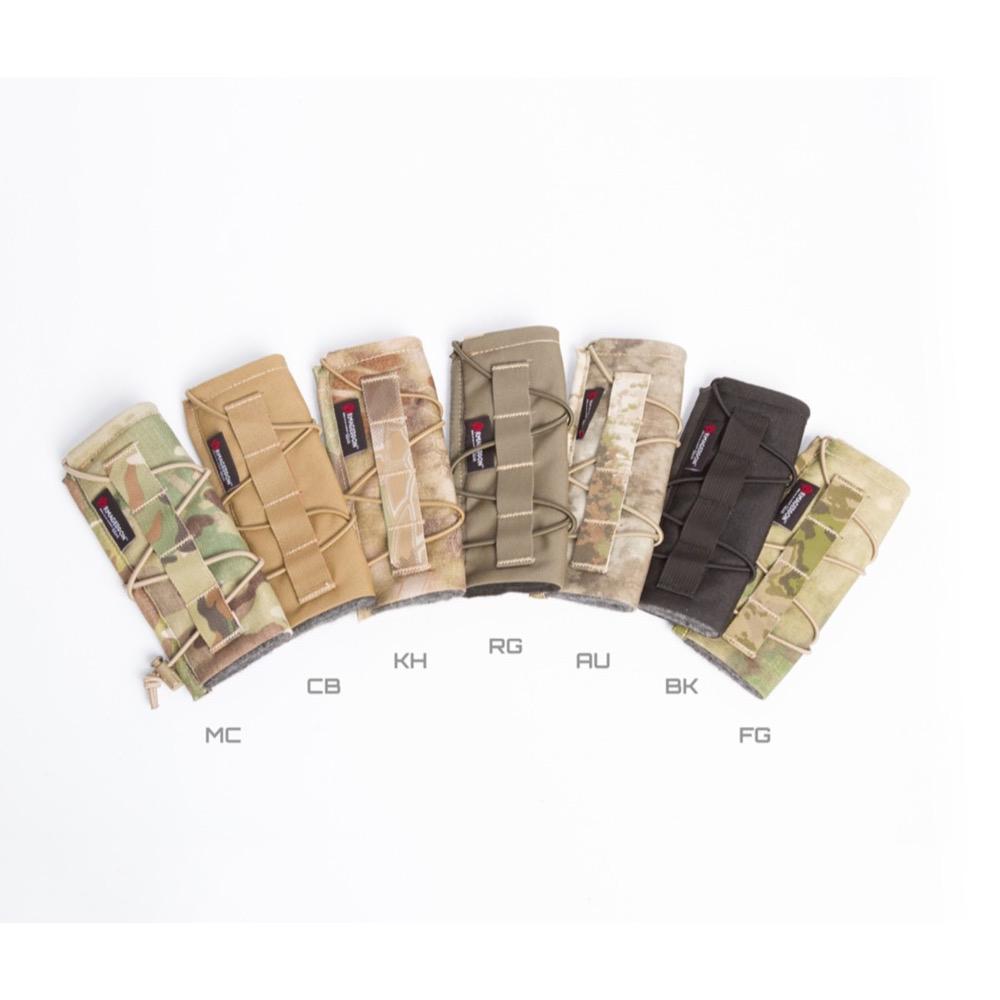 The Armageddon Gear Suppressor Mirage Cover significantly reduces and delays the effects of suppressor mirage on the rifleman's ability to identify and engage his target. Highly-secure design stays in place during vigorous movement, yet can be adjusted or removed in seconds. Adjustable cord ensures custom fit and retention. Cover design ensures NO contact areas between nylon shell and hot suppressor. Our original Mirage Cover model is the most proven suppressor cover on the market and is rated for mirage mitigation on bolt-action and semi-automatic precision rifles. The Hi-Temperature model is new for 2017 and is rated for use on carbines with a high rate of fire, up to a suppressor temperature of 800 degrees F. Allow your suppressor to cool to avoid damage beyond 800 degrees F, especially with Titanium suppressors.

Notes on temperature ratings and use:

Your suppressor mirage cover is designed to mitigate the mirage caused by the radiant heat emitted from your suppressor as you shoot. The Original Suppressor Mirage Cover is designed solely for use on bolt-action and semi-auto precision rifles or for slow to moderate firing schedules. Through several years of observation we have found that most of the small number of cover failures we’ve seen have resulted from use on rapidly fired AR15 or other 5.56mm rifles or through long periods of sustained fire from 5.56mm rifles. For these higher rates of fire, the new Hi-Temp Suppressor Cover is the best choice. The Hi-Temperature Suppressor Cover mitigates mirage just like our original cover, but is slightly more bulky than the very trim and sleek form of our original Suppressor Mirage Cover. To avoid damage to your suppressor and your cover,you still need to allow your suppressor to cool frequently. Properly installed and used as intended, your Armageddon Gear Suppressor Mirage Cover will provide many years of trouble-free service.